Does an IT 'Shared Services' Approach Work in Today's Public Sector?

Does an IT 'Shared Services' Approach Work in Today's Public Sector? 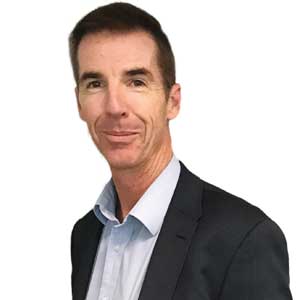 There would seem to be a renewed push down the centralization and shared services path for IT in the Australian public sector but is that a sensible strategy given the well-reported challenges in this space?

This also appears to be counter to the approach outlined in a think paper by Martin Stewart-Weeks, and ex-Australian Public Service Commissioner, Andrew Podger back in 2011 which stated:

“The next wave of public sector reforms will be formed around distributed systems, rather than centralized structures. The challenge for governments is to deal with complexity not by standardization and simplification imposed from the centre, but by distributing complexity to the margins”.

The push for shared services in the Australian Capital Territory (ACT) government in the mid-2000s was driven by a need for major cost savings. With approximately 12 individual agencies doing its own procurement, HR, finance and IT, it made sense at the time that cost savings would result by reducing the duplication across government. In the case of the ACT, they succeeded in saving millions of dollars. However, did that mean the various departments got a better service than they had before the introduction of shared services? In most cases no. Are these agencies now more agile and better positioned to meet the challenges of modern government? I think most shared service customers would also answer no.

Should [governments] even be playing in the shared service space when the public Cloud can now provide a shared services platform at a maturity level far greater than what governments could ever hope to achieve?

Since the perceived success of the ACT government’s model, we have seen other jurisdictions attempt shared services but with less than ‘successful’ results. The implementation of shares services ultimately requires compromise and, in some cases, major change where there are winners and losers. The reality is that, despite the rhetoric, shared services often results in a reduced level of service, which many customers do not find palatable. Having your own IT where you can direct activity and priorities is likely to provide you a more responsive experience than when you have to compete for resources in a shared model usually against high profile and larger departments. But having your own capability comes at a higher price to government.

Most endeavors to implement a shared service model have under estimated the complexity of such a change, and with multiple stakeholders, navigation is extremely treacherous. These previous attempts weren’t helped by the fact that, more often than not, inexperienced teams ran the implementation project with leaders who had never overseen such wide scale organizational change before.

To the credit of the Australian Federal government, it has learnt from the previous challenged attempts at employing shared services and has now chunked down the program into smaller implementations called ‘hubs’. Here lead agencies take on the responsibility to provide specific services to smaller agencies but the challenge lies in the expectation around the level of service, as these hub agencies are relatively new at service delivery. Internal SLA’s are usually developed but end up being more a guide than a guarantee as they can’t be enforced and generally cause more management angst than they are worth.

In the traditional shared services model, a catalogue of services is created. The rationale behind these services catalogues is leveraging off a known build spec and following a prescribed way, which reduces risks in terms of costs and time. Shared service users choose the service they want from a standard menu much like a fast food restaurant.

In today’s world, we are seeing with the new fast food approach of ‘build your own burger’, and I suggest it won’t be long before you will see a similar concept in the shared services model. The technology to provide such a capability is available now. In fact, the larger Cloud vendors like Oracle are leveraging such a model to providing their services.

But most public sector shared services providers are struggling to provide a basic level of service. Most are using old technology, which is expensive and difficult to maintain let alone change to meet modern business needs. Out-sourcing of capability also continues to hinder many agencies.

So is a different approach now required? Should some hub agencies be tasked with supporting the business-as-usual (BAU) while others an innovation platform and/or ‘new age’ services bureau like a centralized software-as-a-service (SaaS) for core ERP/HR/Procurement services (a government community cloud)?Or should there be a focus on a greater push into the public cloud instead to increase agility?

This begs the question of whether governments should even be playing in the shared service space when the public Cloud can now provide a shared services platform at a maturity level far greater than what governments could ever hope to achieve? Are the perceived risks of adoption really that high?

From a theoretical level, leveraging economies of scale, creating competency centres and controlling technology proliferation makes business sense. But experience shows us that it’s not simple to implement especially in a public sector context of complexity and scale.

So the question remains: does the known risks out-weigh the rewards of a shared service model?

Like all good IT responses the answer is – it depends. It depends on the business drivers, appetite for risk and organizational-wide change. Most government IT systems still work relatively well and, as most agencies are already reporting a high level of change fatigue, I can’t see the current government changing from its ‘easy as she goes’ course until after the next election.

Even though the Federal government will continue to drive efficiencies through its journey to a more centralized, shared services model, it will be at a slow and painful pace, which will not keep up with business needs and demands. In future, governments of all persuasions will continue to chase efficiencies as well as look to adopt a more innovative approach but at a much greater speed. This is where a public Cloud platform will come into its own and provide a more scalable, robust and cost effective shared service.

Check out: Top IT Infrastructure Companies

How Cloud and AI Are Driving Forward Customer Engagement and Service...

For a Smarter City: Trust the Data, Ignore the Hype

Your website is the face of your company and is the most important...