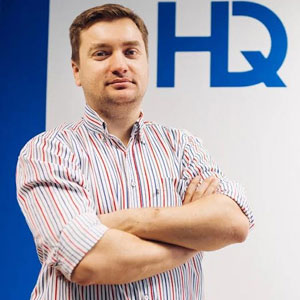 There has already been considerable discussion in the online community regarding forecasts of further IoT development. Demand breeds supply and with an added value of $1.9 trillion expected by 2020, the IoT is presupposed to become a major contributor to global strategy for smart growth.

However, with increased competition among IoT software developing companies and the absence of accepted standards or documented best practices, you need to be continually updated to overcome the all-new challenges and stay the course.

The success of IoT software development depends on many technical factors. Although there isn’t any unique approach, here are three robust requirements one should be acquainted with before setting to work:

The efficiency of around half of IoT devices is determined by their size and power supply. To eliminate these issues, they are usually developed using MCUs, which are restricted in data processing and storage capabilities. The OS should be chosen with due regard to the devices’ mesh size and top-heavy requirements for its functionality.

IoT gateways depend on software in terms of their fundamental functionality. There is an ‘incompatible devices’ problem, which has to be solved by the gateways to enable further chain connectivity. A common IoT DNA contains many gateways to connect a large number of devices in an area. Therefore, the gateways should support various connectivity protocols (Bluetooth, Zwave/G.9959, Thread, Ant, Wi-Fi, etc.) to be able to operate with many devices. At the same time the gateways need to be connectable with various types of networks (Ethernet, cellular, satellite, etc.) while guaranteeing the communication line is safe, private, and credible.

The platforms are believed to expand both vertically (for addressing multiple IoT solutions) and horizontally (for supporting a larger number of devices in an area).

Despite the varying technologies, you also take the role into account when choosing an appropriate programming language and additional units for further task optimization.

One of the monumental challenges coming up for software programming companies is IoT security. In light of recent events such as the increase in cyber attacks, we should bear in mind this issue right from the start.

Investment in security expertise at the project concept stage will help to eliminate expenditure in the future that is connected with fixing further breaches. Such challenges as DDoS-attacks, unauthorized access, and uncontrolled data exposure can be overcome with the use of:

□ Double protection for the master of the interconnected IoT devices’ chain.

Taking into account the fact that IoT devices are often used in vital fields (devices as insulin pumps, x-ray systems, CT-scanners, and implantable defibrillators were found to contain deadly vulnerabilities in 2016 by the Symantec Global Intelligence Network), any small issue can cause major problems. To that end, any IoT developer should double down on testing outputs before commercializing them.

A total quality assurance should be ensured by any IoT software company at every stage of development. Special attention should be paid to usability testing (a user-oriented app), compatibility, and security testing.

The app’s immunity against attacks as well as robustness is of critical importance for every step of the process. In addition to the development process, the product should be provided with technical support after its realization.

The IoT encompasses a much wider diversity of devices running various OS, the majority of which are deprived of ‘normal’ long-established interfaces, like screens. Being a software developer you know that in this case you need to count on sensors to determine performance and for a further range of capabilities.

Moreover, it requires the highest experience in working with coding from a programmer, who should have a full knowledge of device features and its usage peculiarities. The code itself should be made efficient and user-friendly as well having all-inclusive functional testing.

A design-driven development approach is a key moment for an IoT device’s app programming, and is still as relevant as ever.

Consumer app are presupposed to be as simple as possible, so that even a non tech-savvy customer can puzzle out its usage without sitting over the problem or delving into the manual, whereas enterprise apps are designed for fast decision making, well-timed and problem-free data visualization.

Thus, any programmer dealing with enterprise IoT apps can face a data visualization problem. It is particularly acute for any real-time operation as heavy data needs often to be analyzed and displayed without any hindrance or time lag.

Today the IoT sphere is rapidly expanding and chaotically developing with many issues remaining unsolved and with a lack of generally accepted standards. Therefore, being involved in IoT software development, you need to watch out for things you weren’t used to considering previously.

Excessive perfectionism and deliberately exaggerated expectations that are not backed up with a significant amount of time spent working out the simplest technical tasks, won’t lead to meeting the final business requirements.

IoT development requires of a CIO considerable effort and progressive knowledge in programming as the CIO needs to maintain hold of all the manufacturing processes. While coming into customer’s world, you realize that nobody wants to buy a lemon, but a smoothly operating, top-notch output that meets all the up-to-date security standards.

Advancing Customer Experience in an Ever- Evolving Hospitality Sector

Laying the Foundation of a Satisfying Commuter Experience