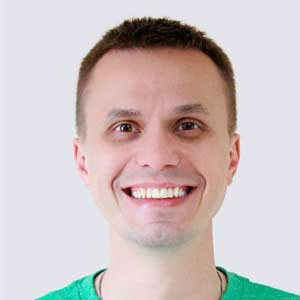 Anton Kolomyeytsev, Co-Founder, CEO, CTO & Chief Architect
IT has become more application-centric than ever before. Enterprises depend on their business-critical applications, and any amount of downtime may lead to a significant negative financial impact. This means that IT departments can’t afford to keep playing ‘Lego’ with their infrastructures and building them out of separate components anymore—that’s where a CIO’s role becomes critical. They need to design the infrastructure on a high-level, ensuring that game-changing applications—which can drive the business forward—can be deployed. This creates a unique need in a foundation for such infrastructures that will always be there, rock-solid and stable, yet will not require any interaction with the IT department. By delivering its “invisible” HyperConverged Appliance (HCA) deployments, StarWind Inc. allows CIOs to deploy a completely pre-configured and pretested system. This ensures constant application uptime and performance, requiring zero time or effort from the local team. Additionally, StarWind’s unique ProActive Support gives the CIOs an infrastructure solution that ultimately takes care of all the backend operations, allowing them to focus on innovation.

StarWind HCA delivers a cost-effective solution for its clients as it merges compute, storage, and network into a single abstraction. Having only one on-site node and one in the cloud, it allows clients to achieve constant uptime and ensure flexible scalability routes. StarWind created HCA as a turnkey solution and further enhanced it with other StarWind soft products to create a fault-tolerant, virtual storage-based, software-defined solution—with none of the license-per-feature guessing games. “Customer effort in pre-configuration, deployment, and migration associated with integrating our HCA, as well as in troubleshooting or preventing an issue from happening in a StarWind-hyper-converged environment, is eliminated. All of that is done by our support engineers.”says Anton Kolomyeytsev, the CEO, CTO and Chief Architect of StarWind.

There are two possible failover strategies that clients can choose during the creation of a StarWind Highly Available (HA) device: HeartBeat and Node Majority. With the HeartBeat strategy, StarWind does not require additional hardware/software witnesses to create a two-node cluster, which is done through the creation of multiple HeartBeat connections between two or three nodes. StarWind requires at least two physical network connections between nodes, where one serves as HeartBeat and one as Synchronization plus HeartBeat.

Customer effort in pre-configuration, deployment, and migration associated with integrating our HCA, as well as in troubleshooting or preventing an issue from happening in a StarWind-hyper-converged environment, is eliminated. All of that is done by our support engineers

Such baseline steps are key in achieving HA. If HeartBeat fails, both nodes can still communicate over the remaining Synchronization Channel (which also serves the HeartBeat), and both nodes remain active. This also applies ifeverything is healthysince both hosts are “masters.”However, each node has its own priority in StarWind devices, which is assigned during their creation.

If Synchronization networking failure occurs on one of the nodes, the firstpriority node will continue working while the second one will be disabled for receiving any incoming requests in order to avoid split-brain.

What differentiates StarWind is how it develops and prices its solutions in a way that provides SMB, ROBO, and Edge businesses with enterprise-level features that help them increase their competitive advantage on the market. The company’s products can be integrated into any infrastructure, deployed in any environment, be relevant for any business area, and suit any desires for performance elevation, hardware footprint reduction, and IT resources cost management.

Our teambelieves that we live in a world that keeps spinning ever faster, forcing businesses to provide high-quality services at a rapid speed. To this end, StarWind has developed an all-flash version of its HCA and NVMe-over-Fabrics to help NVMe flash communicate without any old-fashioned protocol discrepancies. For the future, the company will keep pushing for market disruption and flexibility when it comes to businesses, institutions, and organizations requiring powerful IT environments to be cost-effective.

Description
StarWind is a pioneer in the storage virtualization. This company is a real innovator that develops production solutions years before these ideas get adopted by the rest of the IT world. Many companies claim doing this but few actually do. StarWind gathered all the innovation in storage management and featured it in its core product - StarWind Virtual SAN. StarWind Virtual SAN is a virtual shared storage. StarWind completely eliminates any need for an expensive SAN or NAS or other physical shared storage. It seamlessly integrates into the hypervisor for unbeatable performance and exceptional simplicity of use. 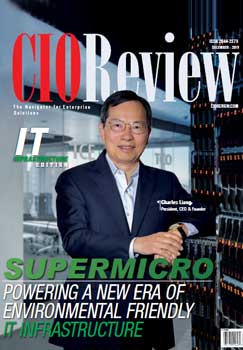